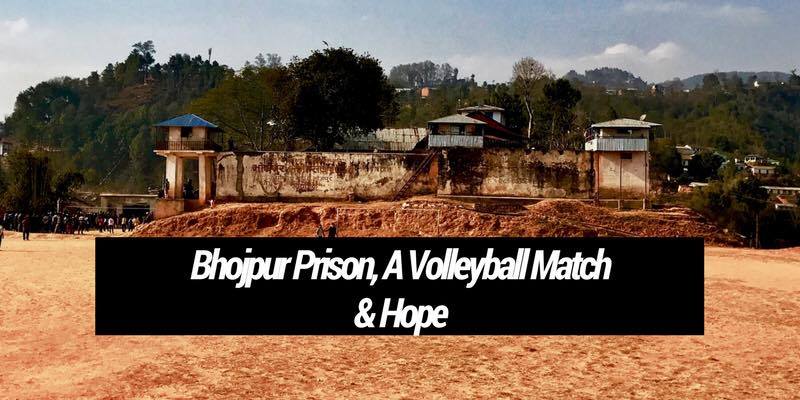 Recently I had the opportunity to spend ten days in Nepal, with several of those days hiking through the mountains below the Himalayas. As our group of five guys trekked through village after village, we found the Nepali people to be filled with curiosity and astonishment. Witnessing tall, lighter skinned guys hiking in their midst was a rarity. In fact, some of the villagers had never seen an American. But as we acknowledged them with the traditional Nepali greeting “Namaste,” the locals were quick to respond in like-kind, clasping their hands together with a quick bow, almost as if praying.

On day two, as we made our way through many villages along the steep and dusty trail, we ultimately arrived in Bhojpur, Nepal, a little town of approximately 10,000. We were led by our two guides to a local congregation of believers and their little one room church. Prior to sharing time with the believers later that night, we took a quick tour of the town. As we walked, Nepali eyes everywhere locked on us, as if we were from an alien planet. But once we offered a quick “Namaste” greeting, a smile would often spread on the lips of those gawking at us.

We made our way to one of the highest points in the town, where we found a large dirt soccer field. But as we looked beyond the field, we saw what initially appeared to be a fort. Upon closer inspection though, we detected the towering concrete walls with guard towers and barb wire running around the secure facility. We were confronted by Bhojpur Prison.

Directly adjacent to the walled compound was a large group of people who were making quite a commotion. We were drawn to the lively crowd only to find a competitive ladies volleyball game. The onlookers were cheering them on. 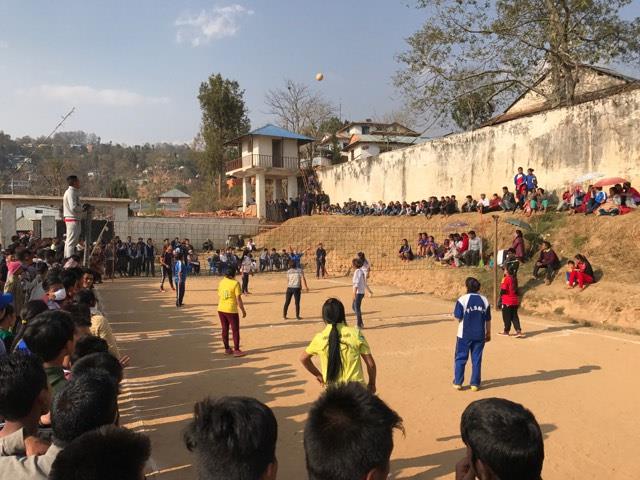 As I stood there watching the Nepali’s laughing, playing, and enjoying life, I couldn’t miss noticing the cold and ominous walls of Bhojpur Prison directly next to them. And as I did, my heart grew sad, as the reality of what I was really seeing sunk in.

On one side of those prison walls were men and women whose physical lives seemed hopeless. They had broken the law and were appropriately paying the penalty for their crime. Their physical freedom had been sacrificed and their future was bleak.

On the other side of those threatening walls, though, were a few hundred Nepali’s. They didn’t appear to have a care in this world. Their life, according to Nepali standards, was fine. They were laughing and playing. Their physical freedom was not threatened. Yet spiritually they were captive. Whether they were followers of Hinduism, Buddhism, or simply a-religious, spiritually they were without hope. The walls of Bhojpur Prison were like Lego blocks compared to the walls of their sins that separated them from a holy God. And their breaking of God’s law required a penalty with eternal consequences.

What hope did these teenagers and men and women engaged in an afternoon of volleyball have? Truthfully none. Or at best, very little.

The truth of the gospel has been embraced by fewer than 100 people in Bhojpur, Nepal as the believers there meet in an 800 square foot, one room church. To be clear, it was a blessing to meet brothers and sisters in Christ in this remotest part of the world, but it was also sobering to realize that Bhojpur was merely one of hundreds of towns and villages around Nepal where the light of the gospel is dim, or perhaps completely extinguished.

As the volleyball match concluded and the players were shaking hands, we turned our backs to the walls of that dark and foreboding compound, Bhojpur Prison, and set off in the direction of the church. And it struck me. That’s all that was necessary for each one of these Nepali’s to be unbound from the walls of sin that was holding them captive: turning from their sins and embracing the Gospel, the Good News that salvation can only be found in and through Jesus Christ. He paid the penalty for their sins, and yours and mine as well.

But this Good News will only be known to the Nepali’s if someone shares it with them. That is their only hope.

A Christian’s Motto: “No Fear... of Man"
There is No Fiscal Solution, But There is Hope
Is Freedom Yours?