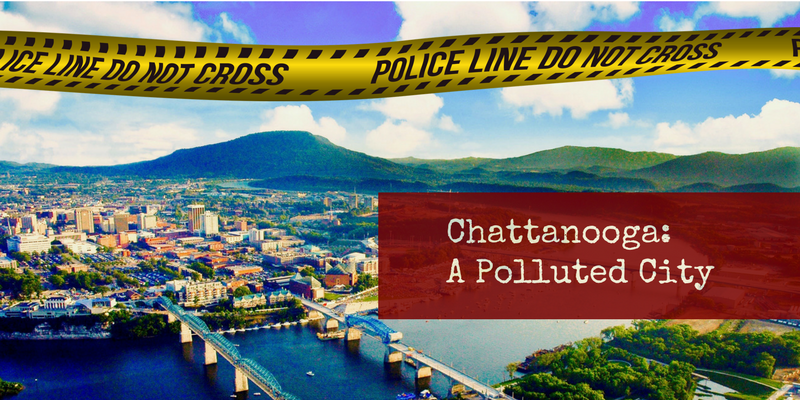 I remember first moving to Chattanooga when I was 18.  Excited to move south, I was eager to complete my college education and then launch out into the real world.

Having grown up in Madrid, Spain, I was accustomed to pollution, given Madrid’s awful track record in the 1960’s and ’70’s.  But despite this, one of the first things I noticed as I settled into my new home city in Tennessee was its own pollution.  It was just a decade earlier when Chattanooga had been declared to have the worst air pollution in America, and there was no avoiding the dirt, filth and smog.

But nearly forty years later, one of Chattanooga’s claim to fame is the way in which it acknowledged its worst standing in America.  As the #1 polluted city, Chattanooga put a plan in place to tackle the scourge for which it had become known.  Government officials, agencies, businesses, and civic leaders all came together to lead in confronting the literal cloud that hung over them.  Today Chattanooga is known for its vibrant and rejuvenated downtown and is now regularly acknowledged for the beautiful city it has become.

But in spite of the pride Chattanoogans have for the city we all love, there is another pollution that is much more serious than the smog and dirt that permeated our air just a few decades ago.

I was recently reading in the Bible in Numbers 35:33 (in the Old Testament) and I came across this astonishing statement:  “Murder pollutes the land.”  Stop for just a moment and let that statement sink in.  I wonder how many of us have ever truly considered the impact that a murder has on a city, or nation?

Of course, murders happen everywhere.  But in some places murders happen in more frequency.  Chattanooga is one of those places.  Sadly, in 2016, Chattanooga ranked as the #9 most dangerous cities in America for crime (in the under 200,000 population category).  Much of the reason the city known for conquering its air pollution problem, sank to a #9 ranking in crime, is due to its increasing murder rate.

If murder pollutes the land, then Chattanooga is being polluted at an ever increasing rate.  But unlike the air pollution of the 60’s and 70’s, the impact of murder is a permanent one.  The loss of a life is perhaps the worst kind of tragedy that one can experience.  The families, friends, neighbors and co-workers of a murder victim are forever changed.

Americans are known for our interest in cleaning up our environment, protecting our natural resources, and generally tackling problems until we find their solution.  But to date, the pollution of murder in Chattanooga is not seen as a crisis for our city.  And until it is, or until we begin to recognize that murder is polluting our land, I fear we will continue to see this scourge poisoning our lives and that of our fellow citizens.

I have come to realize this truth over the years: “That on which we focus we excel.”

To date, Chattanooga has offered much lip service to tackling the scourge of murder in our midst, but the focus has been lacking.  And by focus, I mean across the board, from all corners of our community.  The underlying factors that brought us to a #9 rating did not happen overnight, anymore than sinking to the worst air polluted city in America did.  And just like reversing our air pollution took a multi-disciplinary approach, likewise, saving lives by reducing our murders will require the same.  Government officials, agencies, courts, business leaders, churches and individuals must all come together to lead in finding the solutions.  And we must continue to do so until the solutions work. Unless or until we do, the pollution of our city will continue, and likely worsen.

In the second half of the verse in Numbers we read this:  “No sacrifice except the execution of the murderer can purify the land from murder.”  While it may sound insensitive or old fashion to some, the truth is that prompt and commensurate punishment is a strong deterrent to crime.  So when it comes to the taking of life, the way to purify the land from this pollution is to execute the one who took the life.  This is harsh, but this is justice.  And this is God’s remedy.

So what about it Chattanoogans?  Or for that matter Americans, since murder happens across this land.  It’s time to step up and tackle the pollution of murder in our midst.

“…for murder pollutes the land.”