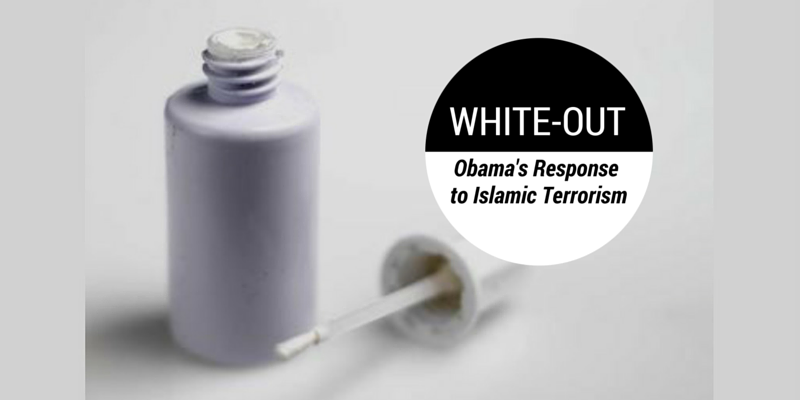 This week, in the wake of the worst mass shooting in our nation’s history, President Obama’s Department of Justice, via US Attorney General Loretta Lynch, released an excerpt of the transcript between Omar Mateen, the Islamic terrorist, and a 911 operator.  However, the excerpt provided was scrubbed to exclude references to “ISIS” and ISIS leader “Abu Bakr al-Baghdadi.” It was as if Obama and Lynch chose to use White-Out to cover up after another Islamic terrorist attack.

Thankfully, following an overwhelming outcry from American citizens, Attorney General Lynch reversed course in less than 24 hours and released the full transcript of the 911 calls.  It’s extremely troubling though, to say the least, that anyone in our government would think that omitting such relevant info is appropriate.

This is how the scrubbed transcript was initially released:

Orlando Police Dispatcher (OD): Emergency 911, this is being recorded.

Shooter (OM): In the name of God the Merciful, the beneficial [in Arabic]

OM: Praise be to God, and prayers as well as peace be upon the prophet of God [in Arabic]. I let you know, I’m in Orlando and I did the shootings.

OM: My name is I pledge of allegiance to [omitted].

OM: I pledge allegiance to [omitted] may God protect him [in Arabic], on behalf of [omitted].

OD: Alright, where are you at?

OD: Where in Orlando?

Imagine for just a moment, how this kind of approach might have read on December 8, 1941 when President Franklin Roosevelt responded to the deliberate attack by Japan on Pearl Harbor:

“Yesterday, Dec. 7, 1941 – a date which will live in infamy – the United States of America was suddenly and deliberately attacked by naval and air forces of [omitted].  I ask that the Congress declare that since the unprovoked and dastardly attack by [omitted] on Sunday, Dec. 7, a state of war has existed between the United States and the [omitted] empire.”

Looking back in history now, we would see such a response from the POTUS as not only ludicrous and naive but more importantly, mortally dangerous.  Thankfully, President Roosevelt understood the existential threat posed by Japan and he not only named them as the enemy, but he responded with these words:  “No matter how long it may take us to overcome this premeditated invasion, the American people in their righteous might will win through to absolute victory.  There is no blinking at the fact that our people, our territory and our interests are in grave danger.”

Fast forward seventy-five years though, and we see an administration that is either so stooped in political correctness that it cannot bring itself to allow the words of the actual terrorist to be disclosed, or worse, it naively believes that there really is no threat posed by ISIS and its Islamic soldiers, who walk among us.  Based on the actions and words of Obama and his administration over the last seven years, there is no question that the President seeks to provide cover for Islam.

As noted, because of political pressure, Obama’s Attorney General Loretta Lynn acquiesced.  But her initial willingness to “white-out” the facts that are perhaps the most relevant to explaining the motive behind the worst mass shooting in our history, is extremely telling.  And it’s not unprecedented for the Obama administration.  There have been other instances when words were changed to deemphasize the role Islamic terrorism has played in other attacks.

If you’ve ever used the product White Out to cover up a word, you know that while the product’s white smudge hides the mistake, the original word is still underneath.  Likewise, while Obama and his underlings may attempt to white-out Islamic terrorism, the grave threat this 1400 year old ideology poses remains.  And as Obama continues to employ this white-out strategy, American lives will continue to hang in the balance, just as they did in Los Angeles, Little Rock, Ft. Hood, Boston, Chattanooga, San Bernardino, Orlando, and more.

The question we must ask ourselves is what role has Obama’s failed and dangerous strategy played in the loss of American lives?  And how many more lives will we continue to lose between now and January 20, 2017, Obama’s last day in office?  No one knows.  But one thing is for certain, there is no chance that Obama will reverse course at this point.

But there are at least three steps you and I can take to counter Obama’s dangerous white-out policy:

I close with the thoughts of two of our founders and the responsibility we all bear, for both our individual safety and our nation’s liberty.

“Eternal Vigilance is the Price of Liberty.”  Thomas Jefferson

“Those who expect to reap the blessings of freedom must, like men, undergo the fatigue of supporting it.” Thomas Paine 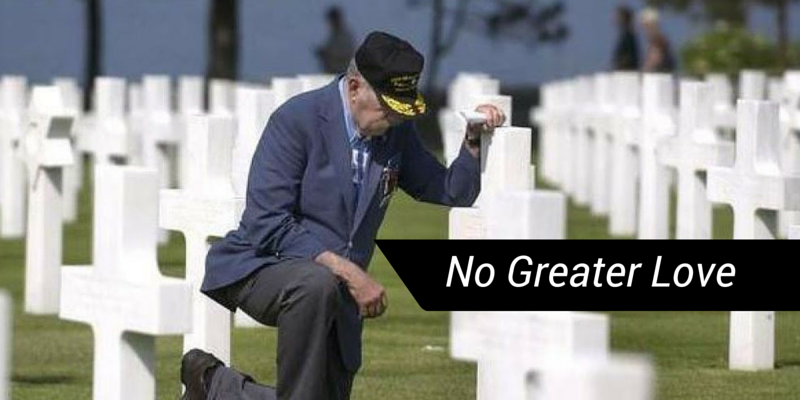 On this Memorial Day, our collective thoughts as Americans turn to those men and women throughout the history of our nation who gave their all so that we might continue to enjoy the “blessings of liberty.” Whether those unselfish patriots laid down their lives in 1776 as a result of “the shot heard ’round the world” or perhaps more recently as our fellow citizens gave their lives half way around the world, or even here in Chattanooga last July, there is no greater act of love, sacrifice or commitment than the one they demonstrated.

Clearly on this Memorial Day, there is no more fitting act of honor or tribute than for each of us to take some quiet time to reflect on their lives, their heroism and their legacy.

As I’ve reflected about these gone but not forgotten patriots, their acts of sacrifice should cause us to feel a sense of great responsibility and accountability.  Should we not then respond in some deliberate manner to acknowledge the worth of their lives and the value they placed on our country?

One life is of immeasurable worth.  Exponentially though, over a million lives, sacrificed for our nation over these 240 years, demand our attention and our action.  We must go beyond an annual recognition that honors our fallen heroes and make our own “sacrifices.”

While most of us will never be called to lay down our lives for our nation, surely we can lay down a TV remote, or a golf club and at least give back a few hours a month to the nation in which we have been so blessed to live.  There are hundreds of ways that you and I can rise up to defend and protect our nation’s future on a daily basis but we must be intentional about doing so.  As you do so though, I encourage you to share your commitment and your plans with a friend or family member and then together, step up and give back to this wonderful nation.

Finally, this day of reflection reminds me of another Truth expressed 2,000 years ago by a man whose life exemplifies love, sacrifice and commitment.  This God-man we know as Jesus, left the blessings and comforts of heaven and declared this Truth:

But Jesus did not just speak this Truth.  He too sacrificed His life for you and me, so that we could also enjoy the blessings of liberty by embracing Him and His message.

On this special day, as we remember and honor our fallen service men and women, let’s also honor the One to whom we ultimately owe the blessings of liberty: Jesus Christ, our Lord and Savior.