He is Risen… Today Too! 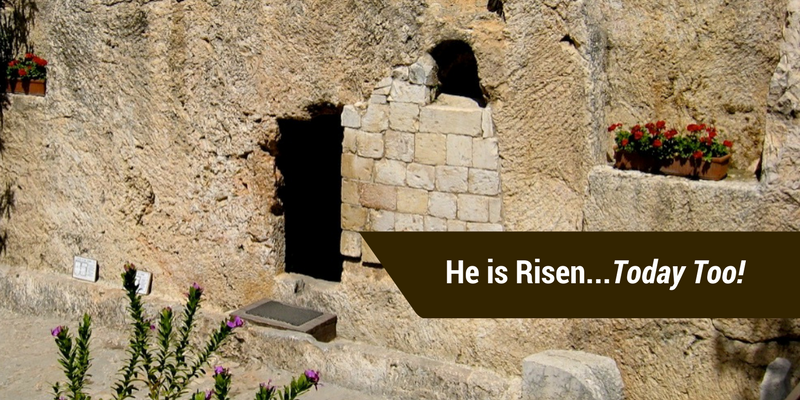 Easter… A week has passed since the day that people around the world celebrated the resurrection of our Savior, Jesus Christ.  It was a day of victory and triumph. But unlike other holidays, which come and go until a year later, the truth of Easter is one that followers of Jesus should acknowledge and celebrate every day of the year.

The disciples had spent nearly every day with Jesus, for the three years leading up to the crucifixion. He had become not just their constant companion and Friend, but also their Teacher and God. So when Jesus fulfilled His own prophecy, and arose from the dead three days after His death, the disciples’ grief turned to joy and exhilaration.

The example of the disciples over the next several weeks following the Resurrection, is one from which we could all learn. As we read in the Gospels of the interactions between the followers of the Messiah, and Jesus, we see men and women who were continuously joyous at being reunited with their Savior. But their joy and celebration was not limited to a singular day or even those few weeks.  Rather, “He is Risen” became the Truth that defined the rest of their lives.

That Truth also became the reason that fishermen became apostles, uneducated men became giants in the faith, and those dozen men ignited a worldwide spiritual flame that would never be extinguished.  Even agnostics and unbelievers who heard them were astonished at these unlearned men, who had spent three years with the Author of Life.  Within years though, that truth of the first Easter morning ultimately sustained them as they were eventually martyred by a world who rejected them and their risen Savior.

Fast forward though a couple thousand years to our present day.  We just finished up another Easter week.  But is Easter over for you?  Was it just another holiday?  Was it merely a time to spend with family and friends, and perhaps a quick visit to an Easter service somewhere?  Or are you like the early disciples, whose lives were forever changed by their resurrected Savior?

If you profess Christ, then remember that He is Risen today too, and He is ever present with you as He was with His disciples, regardless of the circumstances or trials that might momentarily overwhelm you.  But if you are walking this life apart from the Messiah who defeated death when He arose from the grave, then I urge you to open your life and heart to the One who not only died for you and me, but who also arose to give us that same victory over death.

He is Risen… Today too!

The Man Who Carried The Cross of Jesus (An Easter Story)
Election 2016: The Most Critical one of Your Lifetime?
No Greater Love