Make a Mess … and Achieve Success 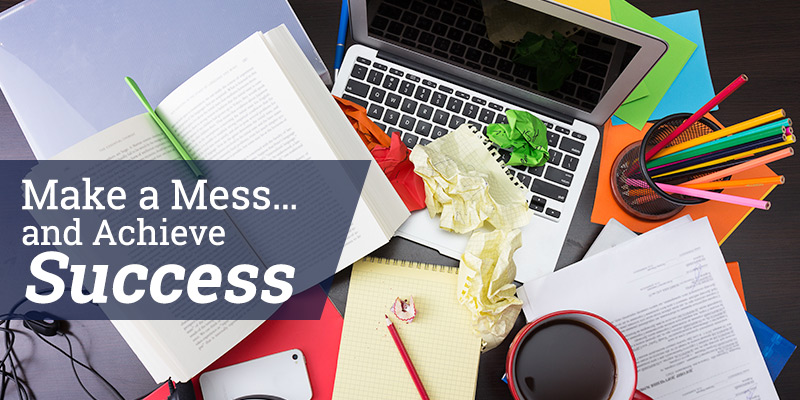 When you think of the characteristics required for success, what comes to mind? Discipline? Planning? Goals? Persistence? Positivity? Perhaps all of the above?

All of these characteristics play a part in succeeding in business, life, athletics, relationships and more. But I wonder if you’ve ever been told to “go out and make a mess” as a means to ultimately achieving the success you seek?

Let me rewind my life back to 2001. At the time, the company I co-founded was struggling through the repercussions of growing too big and too fast. Our business, in the assisted living sector, had gone from start-up to nearly 20 properties in just four short years. All but one of the properties had been new construction and our footprint extended across six states. In 1999 alone, we opened ten new properties, and we were confronted with the extreme pressure to rapidly increase our occupancy to cover the major cash flow deficits we were facing. In truth though, our entire industry was dealing with the same set of problems: too many companies expanding simultaneously in the same markets and many of them, including several public companies, being forced into bankruptcy.

Given the quality of our product and services, we were excited about the properties we had developed and the markets they were in. However, as any business owner will acknowledge, the most significant determinant of an organization’s success is the quality of its people. So with the number of properties we opened and the pace they came on board, it was critical that our people, and in particular, our Executive Directors at each property, were highly capable professionals who knew how to succeed.

So with this as a backdrop, I am reminded of one particular property where we were struggling with some serious occupancy challenges. We had seen several Executive Directors come and go and yet we could not seem to find the right person, that is until we hired Anne. Anne was a top quality professional with tremendous leadership qualities combined with a compassionate spirit that she exhibited towards the residents and families she served. However, because of the track records of her predecessors, Anne was reticent to charge forward. She had great ideas but was simply timid to pull the trigger on them.

I recall making a trip to visit Anne and her staff along with our regional director for the property. My goal was to evaluate where they were operationally and what could be done to break through the barriers that were preventing Anne from achieving the success both she and I desired for her property. As I met with Anne, it became clear to me that she was simply gun-shy. Anne was nervous about doing the wrong thing; about making the wrong decision; about making a mistake.

As I detected Anne’s apprehension I encouraged her to deploy a new strategy. I humorously, but honestly told her: “Anne, go out and make a mess and if you need us to, we’ll bring a team in to help you clean it up!“

In essence, I gave Anne permission to just go out and start implementing her ideas. Stop allowing the mistakes of past Executive Directors or even the policies and processes of a corporate bureaucracy to keep her from moving the operation forward. Even if her progress resulted in some unintended consequences, or “messes” along the way, I was encouraging Anne to just get started.

That one visit where I challenged Anne to “make a mess” became her rallying cry to finally move forward (as well as several other ED’s at our other properties). And from there we began to see the results that Anne and I had sought for way too long.

But what exactly was I insinuating when I told Anne to “make a mess” at her property? Three particular challenges come to mind that many of us will face on our road to success. 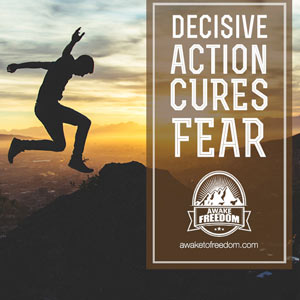 Fear is one of the greatest obstacles to a person’s dreams and ultimate success. Fear robs you and me of the will to start and the strength to launch. When fear is present, you will either succumb to it or draw on the courage to overwhelm the fear. But the truth is, decisive action cures fear. The action I was encouraging Anne to embrace included the potential that she might “make a mess” but that’s the risk one takes when pursuing one’s dreams and achieving ultimate success.

To be clear, success is messy. It’s not a clean little outline with sequential bullet points and sub-points. Rather, success is the culmination of starts, stops, reversals, mistakes and re-starts. And it always involves overcoming fear.

In Anne’s case, her reticence to move forward did not involve the struggle of procrastinating. But for many, it does. Some of us put off the idea of getting started on our quest because we have just gotten into the habit of delaying and procrastinating.

I lived in Spain for over a decade as a child through my teenage years. There I learned that Spaniards have a saying that explains why many in life never achieve the success they dream about. It goes like this: “No hagas hoy lo que puedes hacer mañana.” The phrase simply means, don’t do today what you can do tomorrow. If you suffer from procrastinitus, there is a simple cure for this disease that Nike has presented as its motto for decades: Just Do It! 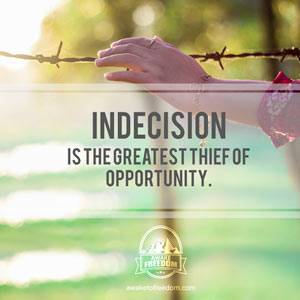 Along with fear, I believe Anne’s secondary cause of being unwilling to move forward was her uncertainty over whether the actions she was prepared to take would result in the goals she sought. Her uncertainty and indecision kept her paralyzed. We should all realize that indecision is the greatest thief of opportunity.

As you and I vacillate in our actions, we can easily miss out on that next window of opportunity that we have been seeking. So will you remain frozen in uncertainty, or will you step out and begin the path to success you seek?

A messy desk or a disheveled workshop can be viewed in two ways. A perfectionist may see such a desk or workbench and critique the owner’s organizational skills. And he may be right. But more often than not, the highly focused and driven entrepreneur, who is well on his way to the goal he seeks, understands that success is never neat or organized. Rather he must be willing to make a mess on his way to success.

What about you? Are you making a mess as you pursue your dreams? If so, I encourage you to continue on that path. In fact make a big mess. As you do, success is likely just around the corner.

Supercharge Your Success: The Power of a Mentor
How Ignoring This Business Principle Will Haunt You
Christmas: The Gift of You