How You Can Predict the Future 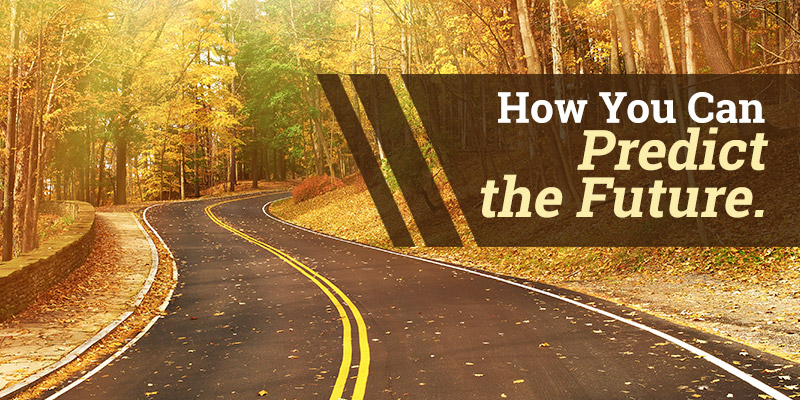 Have you ever wished you could predict the future?

In business, have you wished you could tell in advance how your new hire will perform?  In politics, have you wondered whether the candidate you are voting for will, in fact, deliver on the promises he is making?  In relationships, have you hoped that you could better anticipate what those close to you will do?

Can you really predict on a fairly accurate basis what people will do and the choices they will make?  The simple answer is yes.

The basis for predicting these answers is a principle I have used on a regular basis in business and life for many years.  The principle is found in Matthew 7:16 —

“By their fruits you will know them.”

Likewise, when it comes to predicting the behavior of people, whether a new hire, a politician or in a personal relationship, a person’s track record will be the best predictor of future behavior, their “fruit.”  While it’s tempting to take a person’s word as the basis for speculating about their future behavior, we all know that talk is cheap.

I can think back to instances over the years where I’ve strayed from the fruit principle and succumbed to the temptation of relying on a person’s words.  And the result of doing so has in nearly every case been disappointing at best and catastrophic at worst.  In business, ignoring a person’s clear track record and hoping for the best, can seriously impact your financial results or even worse, your reputation.

In politics, voting based on a candidate’s party affiliation, charisma, or campaign promises, and ignoring their past votes and positions on matters of importance to you is another recipe for frustration that will ultimately lead to cynicism.

And in a personal relationship, if we allow our emotions to overlook the tendency of a close friend or family member to act according to their past behavior, we will be faced with constant disappointment.

Remember, the seed determines the fruit.  So what a person sows, that’s what he will reap.  Find out what they’ve sown via their track record, and you can accurately predict the behavior they will choose.

Resist the temptation to simply take people at their word.  I’m not saying ignore what they say.  Rather I’m suggesting that we should compare what a person says with what they’ve done.  If we find them to be in sync then you’ve met a person whose word you can rely on.  But if their words conflict with their track record, ignore the words and believe the track record.  You will save yourself a lot of dollars, grief, and/or disappointment.

Too Many Citizens, Too Few Soldiers
I'm Mad As Hell so I'm voting for...
Are you overcommitted? Here's the solution...