The price of courage & cost of fear. Which will you pay? 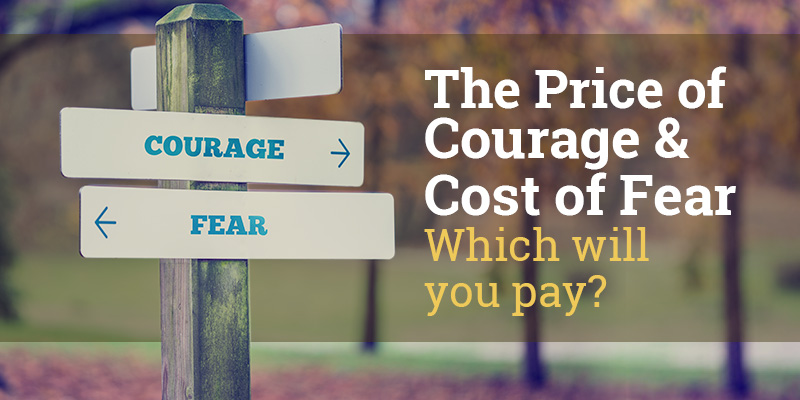 Occasionally though we face monumental decisions that can have far-reaching impact. These decisions may require great courage to make, but they can often involve significant fear as well. The potential for negative consequences is a real thing. Fear can paralyze us and we may choose to avoid making the decision because doing so can seem to be a less costly option.

But whether you are an entrepreneur, or simply someone who is called to lead, never forget this truth:

To understand this better, let’s look at a couple of examples where both courage and fear were clearly at work, one from a company facing a catastrophic crisis and the other from our own history. 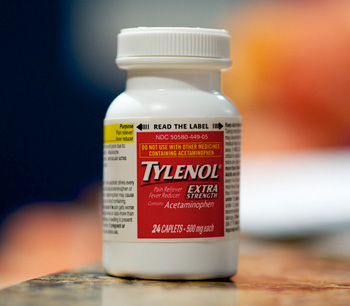 In 1982, Johnson & Johnson owned the nation’s leading painkiller, Tylenol. Late that year though, seven people died over the course of just a few days in Chicago after taking cyanide-laced Tylenol. At the time, the product accounted for 17% of the company’s total revenues and analysts were quick to predict that the Tylenol brand would never recover, threatening a devastating blow to Johnson & Johnson.

Despite the fact that the deaths were not the fault of the company, James Burke, the company’s chairman, after consulting with his board made the quick decision to recall the nationwide supply of Tylenol, removing 31 million bottles of the product from every shelf in the nation. This self-initiated recall represented a loss of over $100 million to the company and their market share plummeted from 37% to only 7%.

But within two months Tylenol was back on the shelves following their improved tamper-proof packaging, an extensive marketing campaign, and the offer of free product replacement to customers.

The decisions undertaken by the company’s chairman communicated to the public at large that their safety was more important than the company’s profits. While one can be sure that there was significant fear and anxiety during those tenuous months at Johnson & Johnson, James Burke’s leadership reflected his courage in the midst of their crisis. While the price of his courage exceeded $100 million to the company, Burke’s boldness resulted in Tylenol regaining its strong market share as well as the confidence of its customers and investors.

Put yourself in Burke’s shoes for just a moment. What would you do if your business was facing your worst nightmare? Would you respond out of fear? Or would you answer the crisis with courage? Either choice holds the potential for great cost to your business, but only one choice is the right one.

Our second example takes us back to 1776. We are all familiar with our nation’s founding and the role many great men and women played in its birth. But do we ever stop to think: What if?

We can never know precisely what the ramifications or costs of a decision not made would be. Clearly, it’s theoretical. But we should not fool ourselves into believing that there is no cost. In the case of our Founders, we can reasonably surmise that had they chosen the easier path, and succumbed to fear, the more than two centuries of freedoms and unsurpassed prosperity our nation has enjoyed would have likely never materialized.

At the time that the 56 signers to the Declaration of Independence penned their names to our nation’s founding document, the price of courage for them was unknowable. But we do understand the price they were willing to pay when they mutually pledged “to each other our Lives, our Fortunes and our sacred Honor.” Clearly they were willing to pay the ultimate price for their courageous decision, and the rest is our history, one from which we have richly benefited. 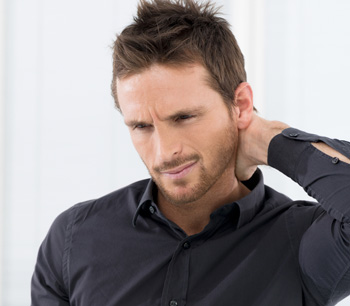 Do you struggle sometimes with decisions? Is it at times easier to do nothing and succumb to the fear you face? Is it tempting to think that there are no costs associated with fear? Or is the perceived price of courage to great?

If you find yourself in that situation, I would encourage you to follow one of the hidden truths contained in both of the examples above. Note that the Declaration of Independence was not signed by one person, but rather 56 men. Likewise, we can be certain that the decision that James Burke at Johnson & Johnson ultimately made to stand with courage flowed from the wisdom that came from his board and other counselors.

This is the invaluable truth: Never make big, monumental decisions without the help and counsel of others: trusted advisors, wise friends, your spouse, and especially God. Without His wisdom and the counsel of others, it is all too easy to pay the cost of fear.

“Courage is not the absence of fear, but rather the decision to do what is right, even in the presence of fear.”

The Yoke Principle Part 2: Five Factors to Consider when Forming a Partnership
Make a Mess … and Achieve Success
5 Traits of an Effective Leader in a Crisis: Leadership Lessons from the Chattanooga Terror Attack