How Ignoring This Business Principle Will Haunt You 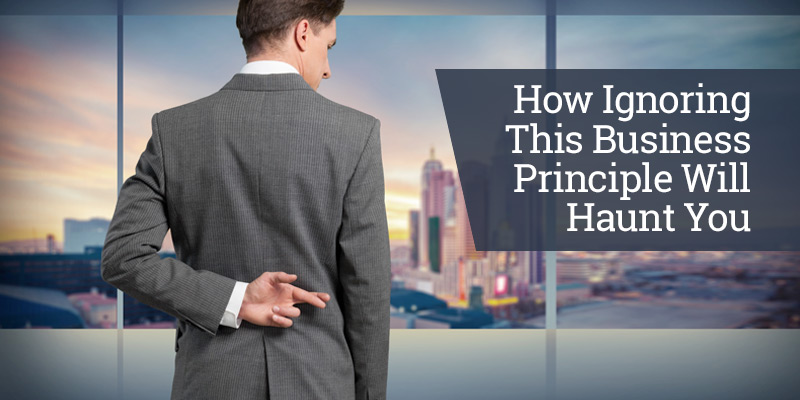 Business ventures have played a prominent role in my life for the last 35 years. In addition to business, though, one of my other passions is following and engaging in politics. While politics can often times be very divisive, one thing that most Americans would agree on is that truth is a rare commodity when it comes to the political arena. It’s been said that there’s only one time when politicians are untruthful: when their lips are moving.

I realize this may be an overstatement, at least for some, but it’s sad when an entire profession, which enjoys referring to themselves as “public servants,” is characterized as dishonest.

But what about you and me? When people think of us, both personally and in our profession or businesses, does the word honesty come to mind? Is truth a word that characterizes your business? Here are a couple of questions you can ask yourself to determine if Truth is not only important but is it a value that others see in you.

Do you fudge on truth?

In business, there are a myriad of relationships in which we are engaged. Whether it’s our employees and partners, lenders and vendors, or customers and prospects, we are regularly confronted with the option to communicate truthfully or “fudge” the truth to fit our agenda or gain an advantage. Whether our motivation is pure financial profit, or perhaps it’s a power or prestige issue, we can often be tempted to exaggerate, confuse or disguise the absolute truth. Unfortunately, it’s all too easy to justify communicating in an untruthful manner.

I can recall at one point in our business that my business partner and I had the unpleasant task of meeting with one of our lenders which had financed the construction of four of our projects. We owed the lender over $15 million and several of the properties they had financed were not living up to our projections or their expectations. If you ever figuratively “went to the woodshed” as a child, that’s what this meeting was like. Clearly, the temptation was great to simply tell the lender what they wanted to hear. But it would have been untruthful.

The meeting grew very tense with the executive of the lender hurling a string of obscene expletives at us. In the heat of the moment, I responded that if he wanted the keys to the properties he was welcome to them. We were doing the best we could do and if that wasn’t good enough, then he was welcome to step in and take them over. It’s interesting how simply responding firmly in truth changed the entire demeanor of the conversation. While the facts were still the same, the attitude of the lender changed when he understood that we could not simply promise him what he wanted to hear. As a footnote, several years later when we sold our company, those four properties contributed significantly more in value than their associated debt.

Do you invite truth from others?

In politics, it’s easy to see whether a politician is interested in the truth by observing with whom he surround himself. Are his advisors and team members simply “yes” men who tell him what he wants to hear or does he open himself up to divergent views and opinions? There’s a verse that says, “Iron sharpens iron.” The concept is that as we hear the truth from others we trust, we ourselves are sharpened in the process.

Do you invite input from your team, advisors, and customers that might conflict with your views, even if at times it might be hard to hear? And if you do, are there times when the truth they share with you causes you to change your attitude, behavior or actions? Truth is sometimes hard to receive, but it’s critical that we display an attitude that invites it. Doing so reveals another important quality we all need, humility. 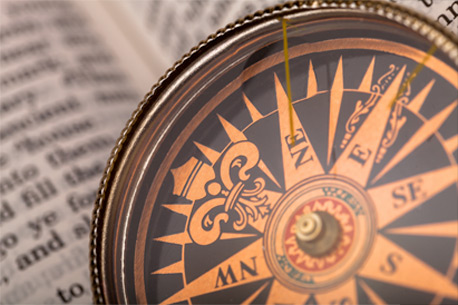 As I think of the importance of truth in my life and business I am reminded of this verse: “Truth has stumbled in the streets.”  (Isaiah 59:14) Sadly we see the reality of this verse being borne out in all areas of our society including politics, business, athletics and even in the church.  Just this last month, corporate giant VW was caught in a scandal that involves millions of their vehicles and will cost the company billions of dollars, but more importantly their reputation will be tarnished for years.  And it all originated from a scheme to cover up the truth.

At the end of the day, truth is one of the most important qualities in both your life and business.  Embrace truth and you can overcome or confront any obstacle in your life.  Compromise truth though, or even worse reject it, and you can be certain that those same obstacles will come back to haunt you.

“At the end of the day, Truth is one of the most important qualities in both your life and business.  Embrace Truth and you can overcome or confront any obstacle in your life.  Compromise Truth though, or even worse reject it, and you can be certain that those same obstacles will come back to haunt you.”

A Vote for Trump is a Vote for Hillary — Why I will never vote for Donald
The Wildly Profitable Gift Shop on the Titanic: The Dilemma
Thanksgiving... in George Washington's Words