The Christian Life: A Marathon, Not a 100 Yard Dash 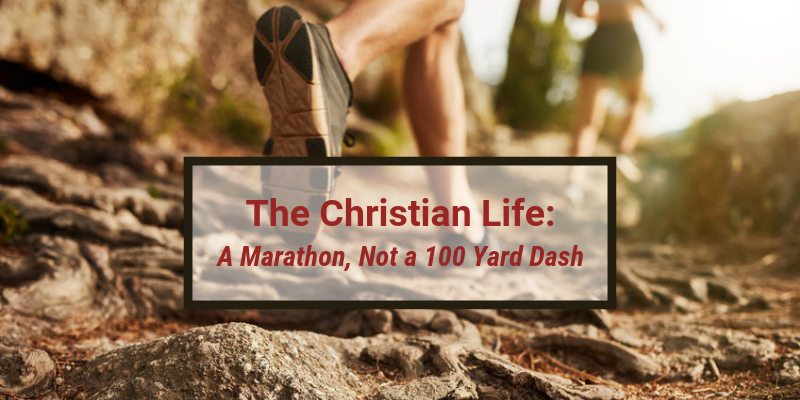 Anyone who believes Christianity is for the faint of heart, or the mentally weak, has never tried living the Christian life.  The truth is that the Christian life, when experienced like Jesus lived and taught it, is the most difficult thing you will ever do.  In fact, Jesus Himself referred to it as “taking up your cross” which by all accounts would hardly be easy.  Likewise, the Apostle Paul referred to the Christian life as running a race… not a quick sprint, but rather a marathon.  And this race would involve many hardships along the way.

I’ve run several half marathons, and even one marathon 10 years ago (before I seriously injured my back).  Running my first marathon at age 48 was hardly an easy feat, but completing it was something I’ll always cherish.  Despite all the months and months of training, and the sacrifice and pain (both mental and physical) associated with the marathon, it was more than worth it.

The same holds true with the Christian life.  Despite the sacrifice and difficulties associated with living the Christian life as Jesus taught, if we actually do so, the rewards are literally out of this world!  The standard “three score and ten” we live here on earth includes many heartaches, trials and difficulties.  To be fair though, it will include joy and peace and freedom as well.

But can you imagine preferring our 70 years on earth over an eternity with God, in a new world created especially for those who simply trusted God and took Him at His word?  Is it worth it?  Only you can decide whether it is for you.  But your choice to pursue or reject Christ, and the life He offers, will be affirmed the moment after your last breath on earth.

Your choice will lead to either eternal reward and blessing or eternal separation from God in a real place prepared for Satan and his minions.

So are you ready for this marathon called a Christian life?  You don’t have to run it alone, and you will be strengthened supernaturally as you begin it.  So let’s do it!  Ready, set, GO!

Check out these verses for encouragement and strength, as you travel down the narrow and less travelled path:

The Impact of Broken Families on our Economy
Mother's Day - A Tradition that Affirms the Sexes
Trump. WMD’s. Facebook. Fake News. & Truth.