When a Pro-Abortionist’s Conscience Acknowledges Truth 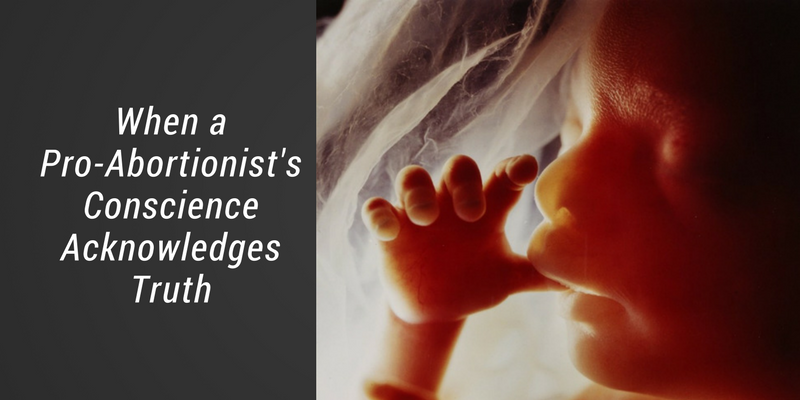 This last weekend the nation’s elite journalists came together at the White House Correspondents Dinner, for an evening of roasts and toasts, all under the guise of humor.  But while the night featured laughs at the expense of others, Michelle Wolf, the comedian hosting the WHC Dinner, stooped to a new low as she belittled Americans whose crime is simply supporting life over abortion.

While Wolf’s attack was crass and deplorable, what was likely lost in her comments was an inadvertent admission that few pro-abortionists have been willing to make publicly.

It has been a long standing argument from those supporting the taking of innocent life, that the child in the womb isn’t really a child… rather it is simply tissue, just a “fetus” or some other “sub-human” entity.  However, those standing on the side of life have accurately referred to the child in the womb as simply that, a child or a baby.  Logic would suggest that if a child is a baby outside the womb, she is also a baby inside the womb.  And since this is true, then the baby in the womb is as deserving of the right to life as she is the moment she’s in her mother’s arms.

So here’s what Ms. Wolf said:

“He (Mike Pence) thinks abortion is murder,” Wolf said, “which, first of all, don’t knock it ‘til you try it — and when you do try it, really knock it. You know, you’ve got to get that baby out of there…”

Webster defines “baby” as “a very young child.”  By her use of the word baby, Wolf acknowledged what her own conscience had no doubt already informed her of.  I have no doubt that millions of other pro-abortionists, if they were honest, would also admit the same.  That little body inside a mother’s womb is a baby, receiving the same gift of life from her Creator as every other individual walking the face of this earth received.

Finally, God’s Word, the Bible, has something to say about what Michelle Wolf did this last weekend when her words spoke what her conscience knows.  In Romans 2:15, we read, “They demonstrate that God’s law is written in their hearts, for their own conscience and thoughts either accuse them or tell them they are doing right.”

At the end of the day, God has made each of us so that our own internal conscience affirms to us certain basic truths.  What could be more basic than the truth that a baby is deserving of love and life, regardless of where she makes her home?